Our Half Snow Day {UPDATED}

UPDATE: I can't believe I wrote this post and didn't include the funniest part of the snow experience! Well, maybe it wasn't that funny at the time, but now I can laugh about it. :) With all the kids out in the snow shortly after 7:00 AM, I decided to go snap some pictures while the snow was still there. I donned my coat, hat, boots, and scarf over top of my jammies. I was only going to be out there for a few minutes.... or so I thought. I grabbed the camera and went out the door. When I got out there, I realized John David wasn't quite as bundled up as I wanted him to be and sent him inside to get his heavier coat. He came back around the house confused. "The door is locked." "What?!"

After our nice neighbor offered to let Caitlyn use the phone and call Jeremy, we waited for him to come let us back in the house. Or at least I waited... in my jammies... in the snow.... with my camera hidden under my coat to keep it dry. The kids were too busy playing to care! :)

The weather here has been super crazy lately. We've had a very mild winter, which I have thoroughly enjoyed, but the kids have been a bit disappointed that we haven't seen snow. After last winter's unusual abundance of snow, the kids were expecting some this year. Well, they got their wish, albeit for just a little while anyway. :) On Sunday evening, the temperature dropped pretty quickly, and it started snowing. It snowed heavily for several hours, and in the morning, we had a yard full of snow! It wasn't the pretty fluffy kind (more crunchy than fluffy), but the kids didn't care and were up at 7:00 waiting to play in it. Normally, I probably would have made them wait at least until we had eaten breakfast, but with a warm day ahead, Jeremy and I knew the snow wouldn't last but just a few hours. 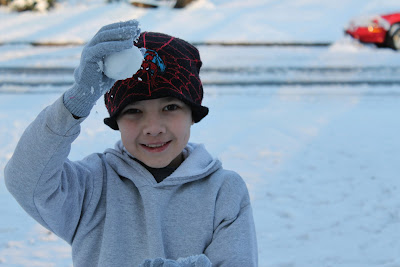 It was about six inches, and just enough for the kiddos to sled down the slope in our front yard. Luke made me laugh. He just laid on his sled while our sweet Kylie pulled him around. :) He had a pile of snowballs on his sled with him, and kept telling me that they were hungry and needed water. By lunch most of the snow had turned into mus d puddles, and the sun was warm and high in the shy. This morning there are a few small spots of snow left, but the majority of it is gone. The crazy weather continues, though. We decided to plan a day to the zoo later this week. The weather forecast? 68 degrees and sunny on Thursday! 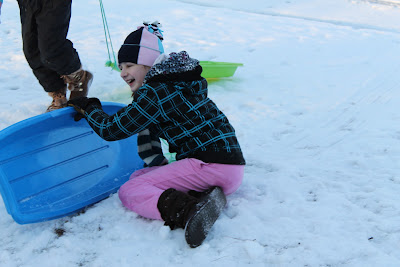 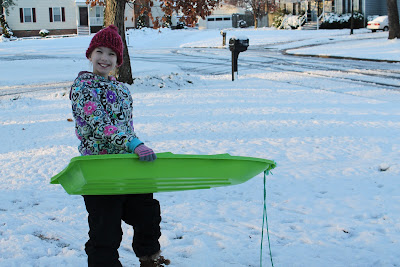 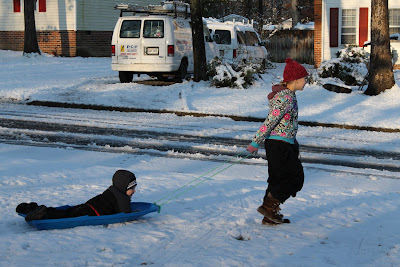 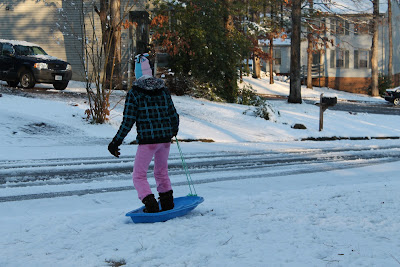 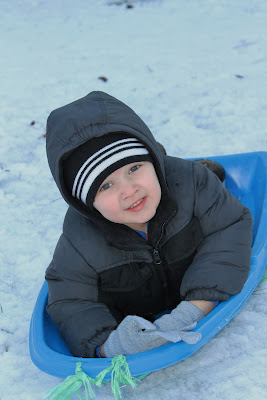 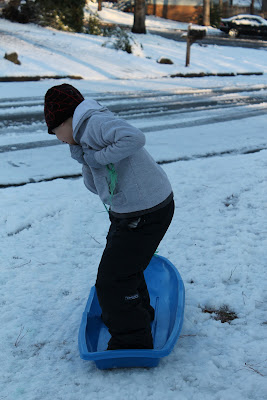 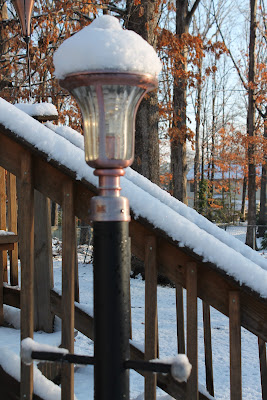 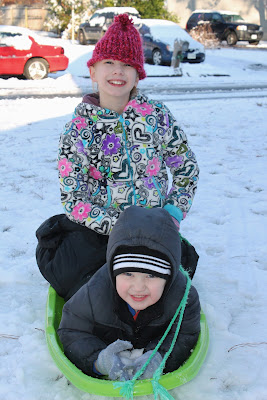 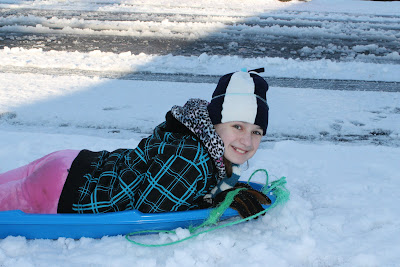 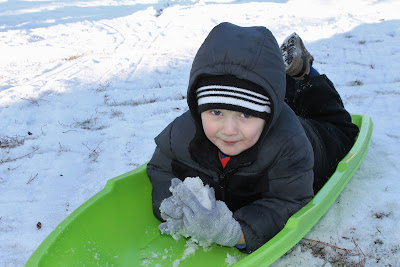 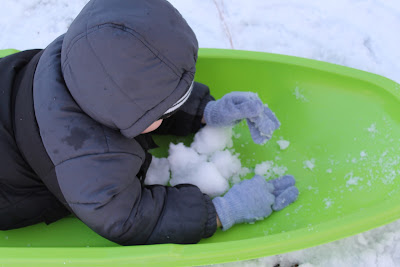 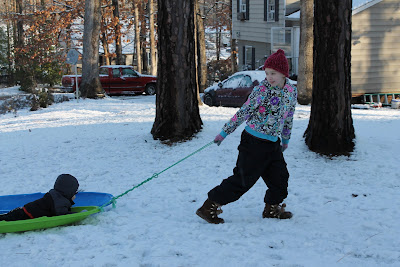 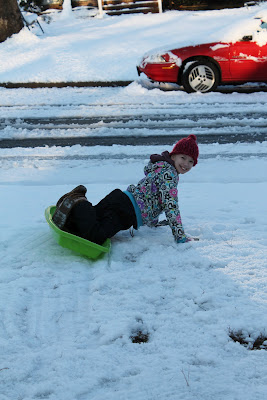 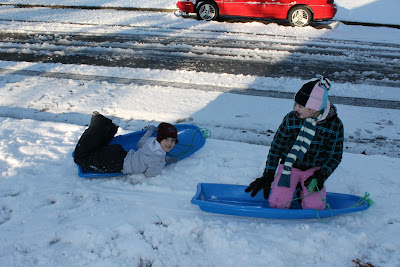 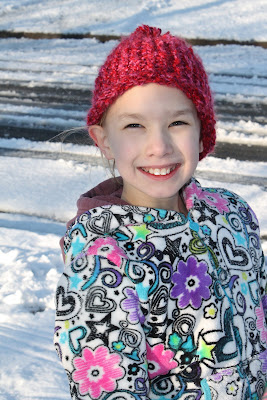 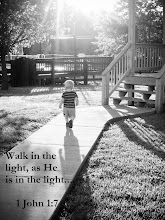 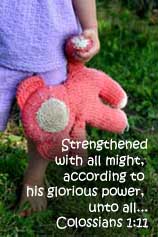